On Saturday my friend, Suzala and I met in Northport to paint. She was already there and told me she was painting a business on School Street. I wandered down the street a little more and found this house on the corner and the garage across the street. Luckily we were in the shade because the temperature was about 90 degrees. I lucked out because the building I was sitting near had a basement window that was releasing some air-conditioned air. A car was parked next to me but the rest of the block had no cars. All was well until a business van pulled up to a spot where it was blocking my entire view even though he could back up quite a bit. When the man got out I asked him if he would be long and he said no. Then he promptly got into the car next to me and pulled away leaving the van right where it was! I ended up moving further down the block so I could finish my painting. 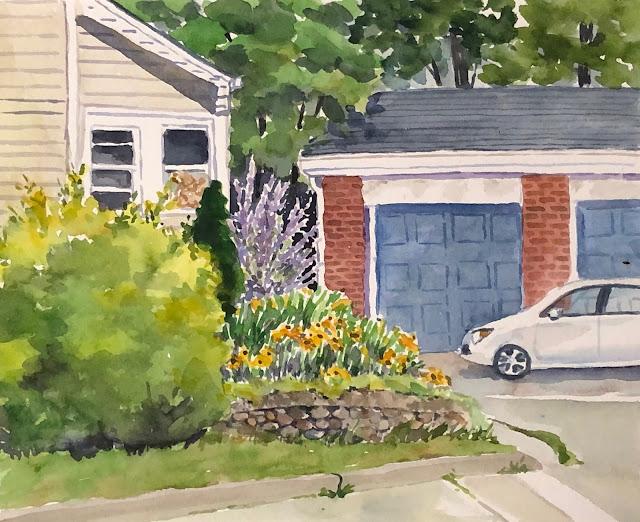 Posted by Joan Tavolott at 4:38 PM