I tend to gravitate to the same locations over and over and Sayville Beach Park is one of those places. This time I was in my mobile studio facing the tennis courts. There were some young boys hanging around with their bikes. When I first started the sketch there were three boys, but of course one of them had to get up and start riding around. These two pretty much sat still until I had sketched them and then all three of them were zooming around the tennis courts on their bikes. (Off to my left blocked by a few SUVs they were setting up chairs for an outdoor wedding facing the water. I'm sure it would have been nice to sketch but I couldn't hang around that long.) 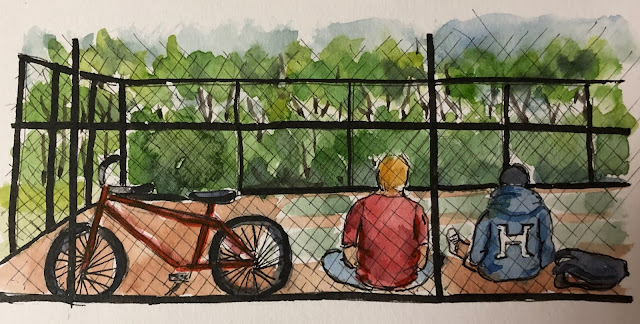 Posted by Joan Tavolott at 5:57 PM