Blowing in the Wind - Part 1

On Saturday the NYC Urban Sketchers had the theme of "Blowing in the Wind" and captured windmills all over the world. It was very hard to narrow down the selection of windmills that called to me...so I did more than one.

The first windmill is from the Moulin Rouge in Paris. I did see this one in person when I was in Paris. It is in the Monmatre section. My friend, Lois and I took a small tour of the area when we were there. 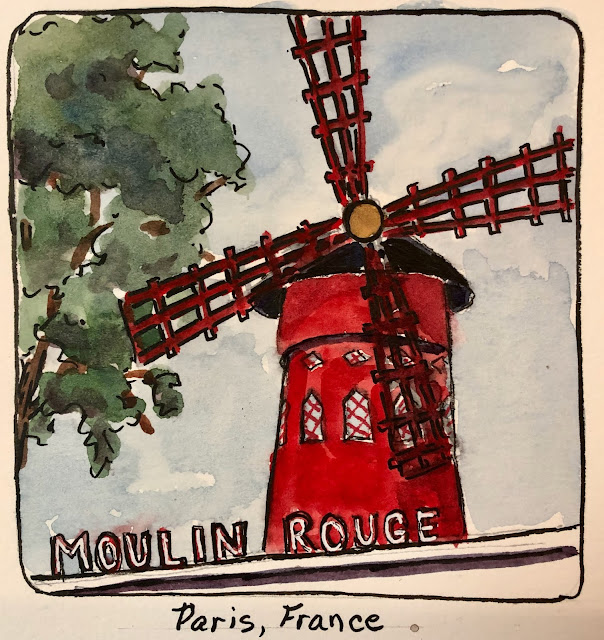 The second windmill has a stone base and is located in Cesis, Latvia. 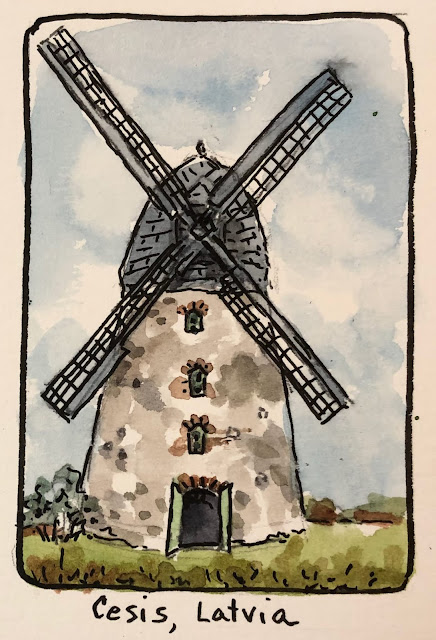 Posted by Joan Tavolott at 5:11 PM