After spending the morning sketching the Charging Bull and his friends I headed down to Battery Park. There were a lot of vendors along the perimeter of the park selling all kinds of food, hats and sunglasses, and all kinds of touristy trinkets. I sat in the shade of a big tree to sketch a few of the vendors. 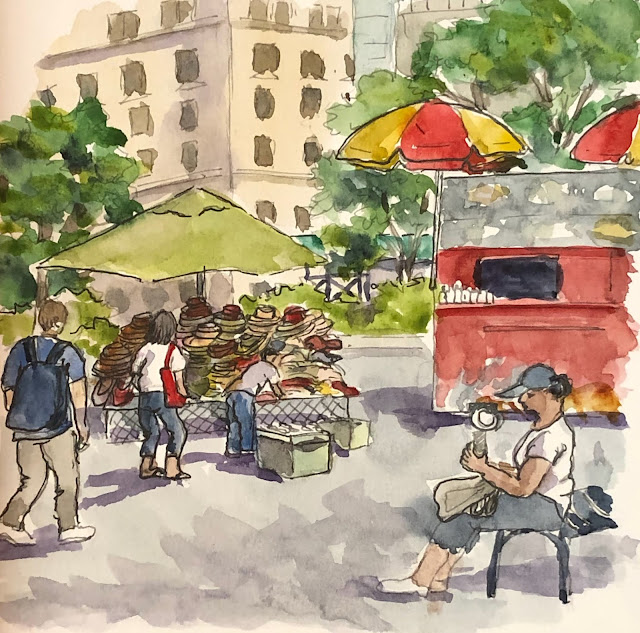 I still had a little time to sketch so I went over to Bowling Green Park, a small park in front of the National Museum of the American Indian. This park is the oldest NYC public park and was opened in 1733. I sketched a few of the people sitting around before our group had our show and tell. 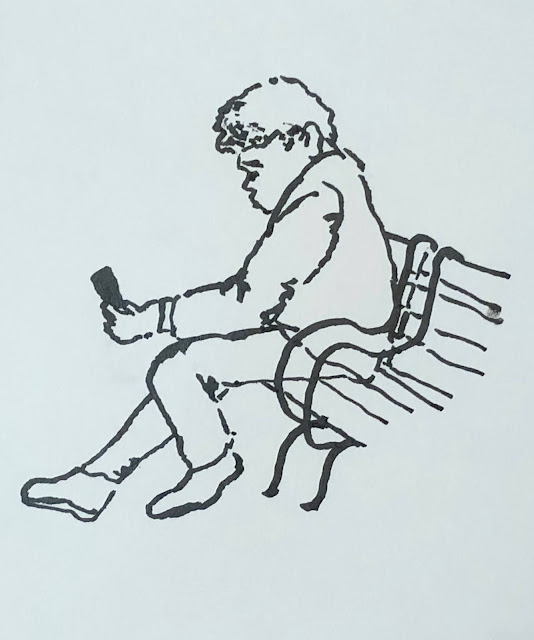 This is actually a sketch of a guy whose girlfriend was asleep on his lap. Her curly head of hair was what drew me to the sketch. 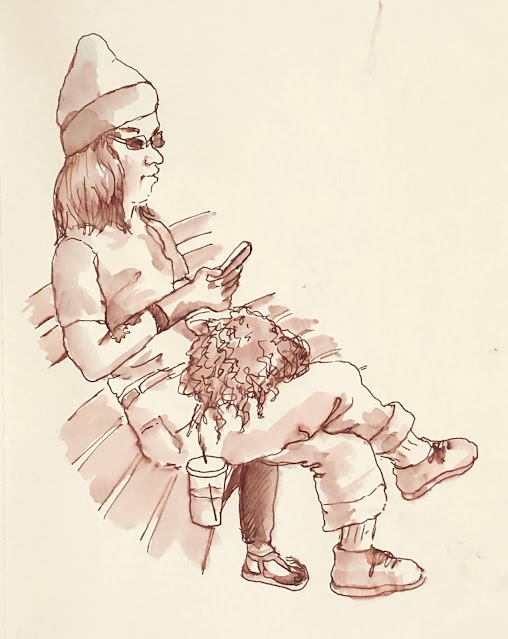 Posted by Joan Tavolott at 3:00 PM